Today is our last day of classroom workshops this term - and we start off in Camborne, my home town. Camborne is one place where I really wanted to take this project. In the season, hundreds of workers are in the town - and off season, too, increasingly now. We'd seen and learned about the lack of connection they had with local people when we staged I Packed This Myself at DMT Galleries.
And this morning is no disappointment. This was one of the most impressive groups we have worked with this year. Lots of students had gone to the Royal Cornwall Show (it's the first day) so we had large group of those remaining - nearly 40. They were shy at first, then truly engaged with the subject. 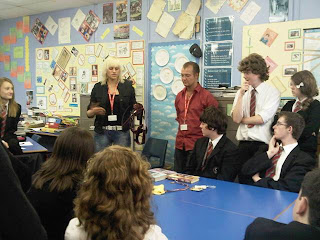 Much of the background research on migrant workers had been done locally. They knew the places we were talking about.  Inga talked about the things that she had brought with her in her bag - her athletics record, her interest in running and rock climbing, and her dream to be a police officer or go into the army. Vadim, again, showed his Sherlock Holmes novels (in Russian) and the religious amulet given to him by his grandmother and a small plaster angel, from his girlfriend.  It was a captive audience. At the end one girl asked if Inga thought she would achieve her dreams. Inga said yes, she did. In life there are some people who will, of course, achieve their dreams because they are determined, and Inga is probably one of them. At the end others asked questions and one girl in particular (far left in the photo above) made a statement: I think you work very hard and deserve every penny you earn, she said. 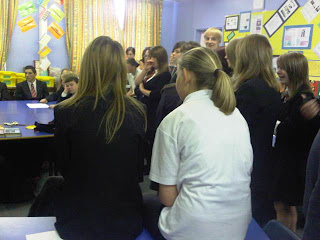 We were, frankly, touched. And even more so when the student teachers asked Inga and Vadim to stay behind afterwards. They went upstairs to the staff room and googled athletics clubs that Inga might be interested in joining, and telephone numbers of places where Vadim might be able to pursue his medical career. It was an extraordinary morning. 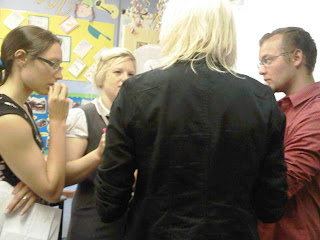 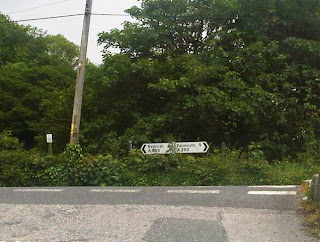 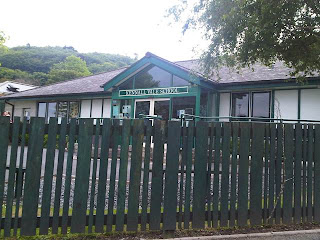 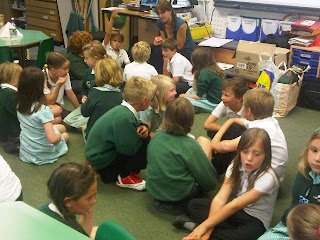 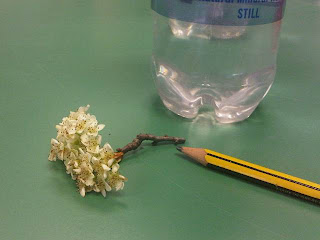 Then off to Redruth and down the Falmouth road to Ponsanooth, for our first workshops with Primary School age children.  Kennal Vale Primary School is a small oasis of calm and concentration.  The children were a delight.  We talked about journeys and people who had made difficult transitions. I introduced Vadim (Inga had gone back to work) and asked there were questions. A forest of hands... So many questions that the hour goes by very quickly.  Children get into groups and think about things that they might take on journeys themselves, to remind them of home. They are interested to see the contents of Vadim's bag.  One girl considers taking hawthorn blossom that she picked in the playground at lunchtime.