Very few workers from overseas are available to work on the land here at the moment - because of the Coronavirus.
We're starting to see ads for workers .... like this one. 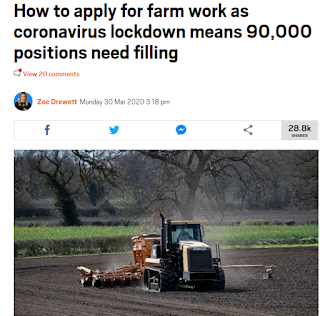 A really good resource. Doctors of the World in collaboration with other charities has published Coronavirus advice in 43 different languages. The guidelines are based on the government’s updated advice and health information.
This one is in Romanian. 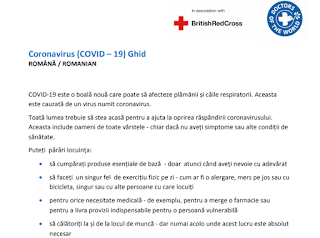 Here's the background to the project:

I suppose there is a point in keeping notebooks - providing you do look back at them occasionally.
Found this one the other day that I'd been keeping about journeys. A scribbled note of a remark I'd heard on the radio by the journalist Ed Lucas - that during the Soviet era, Russians made 'interior' journeys - alcohol, close friendships.... 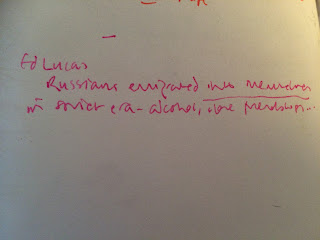 Then for some reason I decided to try and draw what 'home' meant to me - my house without walls. (For some reason). 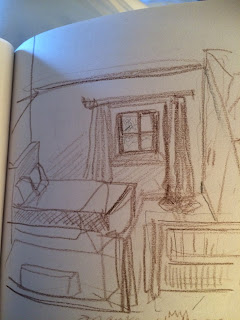 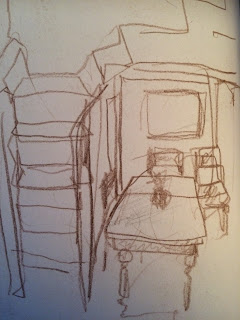 All alongside a photo ripped out from a magazine of Lindisfarne - a fabled destination of pilgrim's journeys. Migrations of a kind. 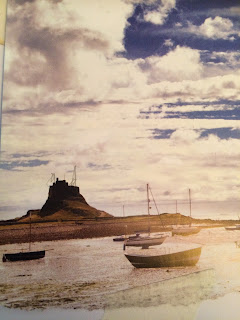 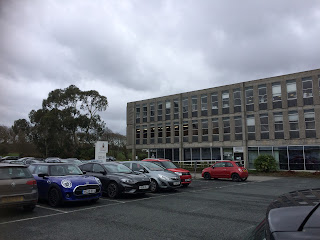 A very interesting meeting at County Hall, Truro, with a representative from the German Embassy in London this afternoon.  A briefing on the European Resettlement Scheme and how German nationals are engaging with it. (To drastically simplify: European nationals have to register with the Home Office post Brexit to make sure they can stay in this country - should they want to.)
It was on the level of a short information session at the London School of Economics - a great and much-needed opportunity to learn about what's going on.
Very many thanks to Cornwall Council's Brexit Officer, Carl Warom, who invited me to tell the gathering about I PACKED THIS MYSELF.
(Carl, before his current incarnation at Cornwall Council, has a background in philosophy  - and I always think this must come in useful in his current job).
It was great to pick up the newly printed cut-out cardboard suitcases on route. We'll be using them in our new workshops. Many thanks, as ever, to Derran at BJ Press for doing such a great job. 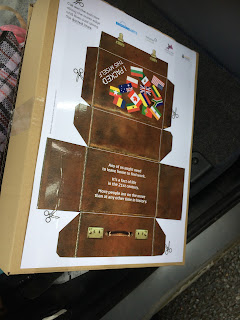 From Romania to Camborne 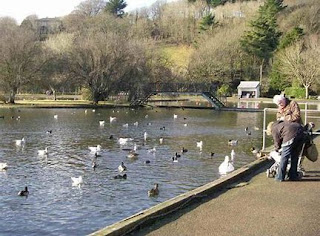 A day of great encounters, starting with the photographer Dragos Robatzchi and his lovely wife Mirabela at Helston boating lake. So much to talk about - including the fact that Dragos was once a stringer for Reuters in Bucharest (I worked for Reuters a very long time ago).  We also covered Romanian history and its churches... (Biertan, Richis, which I've visited... and Prince Charles, who has taken a keen interest in the rural Romania).
Dragos and Mirabela will be helping with I PACKED THIS MYSELF.
Then before driving on to Camborne to meet the tireless Andrew Yates from the Diocese of Truro. visited Sithney Church en route in search of a grave: that of Christopher Popham, local grandee in the mid 19th century who lived at Trevarno, the beautiful house and lake in the valley nearby.   Nothing to do with the project but I was passing and have been researching this history.
Popham's fortune faded fast. His family had long gone by the end of the century. The house is now owned (it's said) by a reclusive Russian oligarch. All that remains of Popham is this grave. 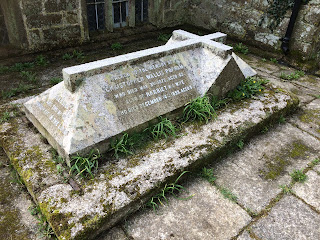 The new Premier Inn in Camborne is a good place to meet Andrew: we discuss plans, just the night before endorsed by the Bishop of Truro, to roll out I PACKED THIS MYSELF in churches for World Peace Day this year in September. 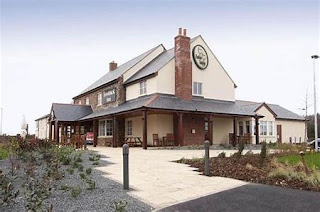 Then to St John's Catholic Primary School, Camborne, to talk to Tamsyn Blount about running workshops in the school early next term. Tamsyn is so enthusiastic. It's contagious.  We've already done several amazing workshops at the school on other themes: it sounds as if migration could work as a theme, too. 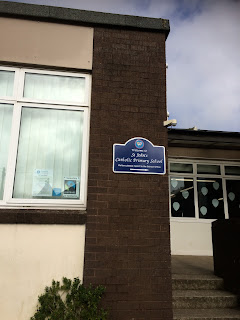 And in the midst of our conversation a little boy breaks his arm in the playground. She keeps amazingly calm and is so kind and reassuring to the child.
It starts to drizzle on the way back. There's lots of water on the road. A tough evening to be picking daffodils. The workers are still out in the fields. 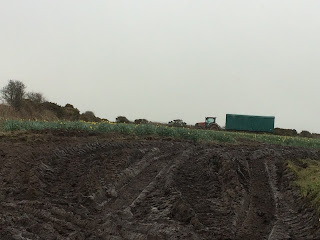 A good meeting at Treliske 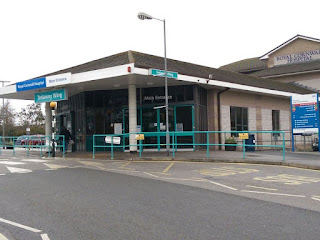 The first of my meetings this week - talking about I PACKED THIS MYSELF and ways we might take the work forward. A huge thank you to Helen Taylor, Clinical Practice Educator at the Royal Cornwall Hospital, Treliske, Cornwall.
We had a very good meeting with Joani Miller - it turned out to be a real brainstorming session!
Lots of ideas about how to tell the story of the vital role that workers from overseas play at the hospital - whether consultants, doctors, nurses, hospital porters or cooks....
Much to think about.
For me it was the first time ever I used the Park and Ride. Shameful, really. But how convenient. Makes sense on every level. 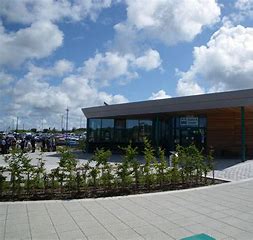 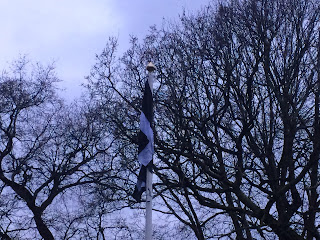 Torrential rain - in fact it didn't stop all day. But thanks to Steve from the St Peter's Residential Association, the flag was flying over St Peter's Square, Hammersmith, London, on St Piran's Day today.

Labels: I Packed This Myself
Older Posts Home
Subscribe to: Posts (Atom)